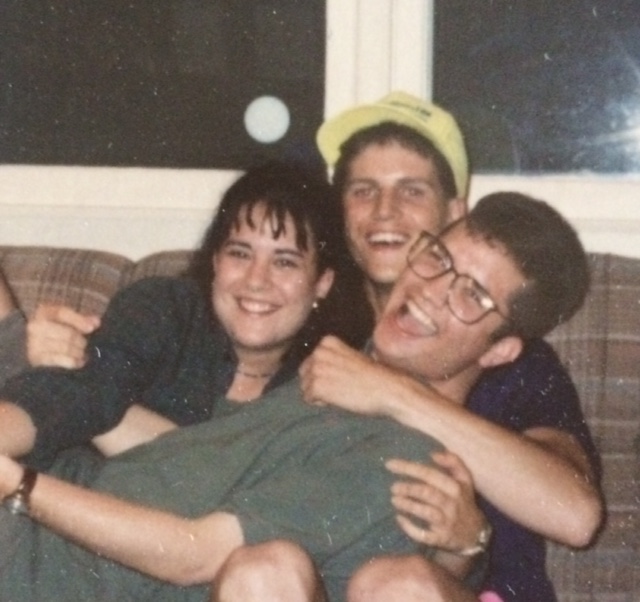 Recently, I’ve been thinking about those special times, moments that just happen, no planning involved. One special memory was the summer of 1990 with buddies since Kindergarden, Rick and Matt (aka Booger, a well deserved nickname due to Matt’s ability to belch the alphabet). During those summer days, we all worked mundane local jobs, but most Saturday nights, we usually ended up at Booger’s house.

Booger lived three doors down, and Rick lived around 1/2 mile in the other direction. Often the evening began with boredom at home and a walk down the block to see what Matt was doing. Rick would later show up in his late 80s Gran Turismo. Matt’s house was a stone’s throw from three fraternities. However, most of the college students were home for summer; Hillsdale Street was quiet. We raided the fridge and watched movies, walked to Mauck Elementary School a block away, or drove to Baw Beese Lake to swim or just watch the water.

Looking back on that summer, I can’t remember a particular movie, meal, or noteworthy event. Rather, those Saturday nights blended into a collective, a time remembered with great fondness. What made this time so special? We didn’t do anything particularly memorable. I recently came across the term, “idle hour,” time spent doing nothing in particular. We spoke of our dreams for the future, heading into our last year of high school. Mostly, we laughed a lot that summer, hold your stomach, fall off the couch laughter. Perhaps this was our “idle hour.”

When was the last time you enjoyed “idle hour?”