Chad and I recently returned from a grand Scottish adventure! The Scottish countryside was some of the most beautiful I’ve ever seen. We also met interesting people and enjoyed delicious meals. 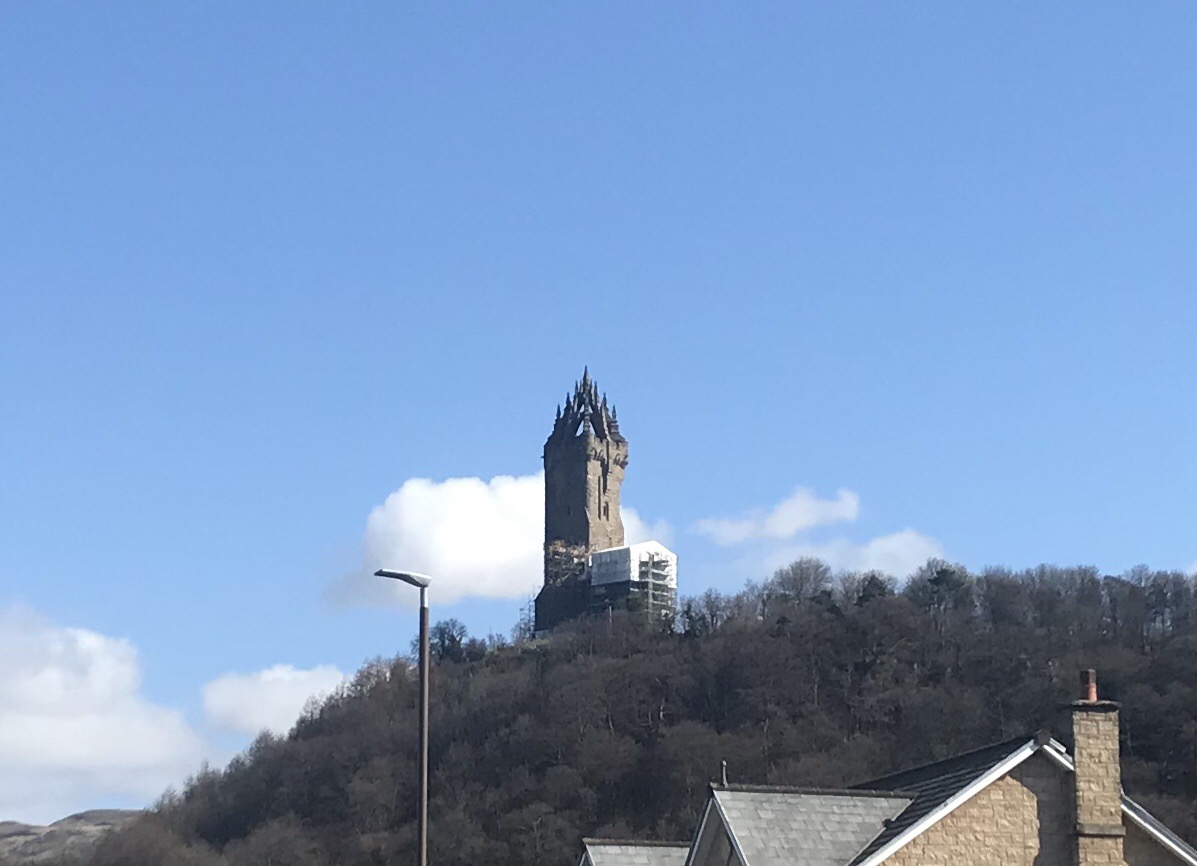 Our first stop was Stirling. After being up most of the night, we rested during the afternoon at our B&B but enjoyed a walk in the evening and explored the city. The Old Tram House was a short drive from The Wallace Monument. Unfortunately, the Monument was closed for renovation, but we were able to hike up to the immense building and explore the grounds.

We also found a unique bit of Scotland, The Devil’s Pulpit. The name refers to a particular stone that usually remains uncovered as the stream runs through Finnich Gorge. The name may also refer to the eerily red tinted water (the effects of the red sandstone).

To explore the gorge, travelers must descend steep, slippery steps (with no hand rail). Chad braved the mossy, overgrown descent and was rewarded by spectacular views. I, on the other hand, have enough trouble balancing on flat, dry land and opted to take pictures from above.

We also stopped in Stirling’s oldest pub, the Settle Inn, founded in 1733. We cozied up by the fire for a pint of Guinness and were surprised when the bartender sent us to the back room, which was a cave carved into the hill! 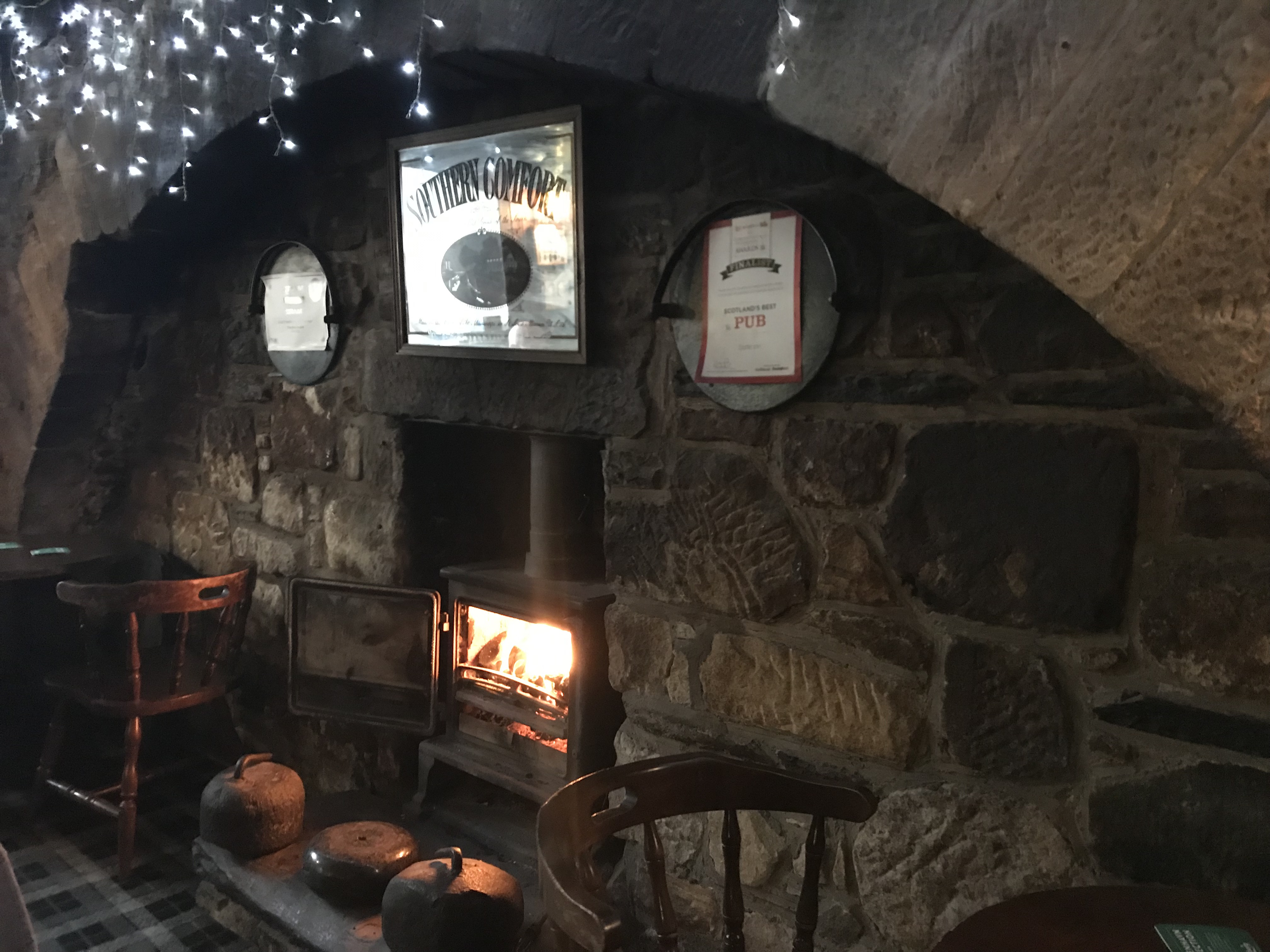 Later, we headed north to Inverness, the Capital of The Highlands. Ever since we started saving for this trip seven years ago, one of my top destinations was Culloden Battlefield (located a few miles from Inverness). Growing up in a family of history majors (and being of Scottish descent), I heard many stories of the Jacobite uprising and their defeat (and end of the Scottish Clan System) in 1746 on Culloden Moor.

This history major also learned a thing our two when touring Culloden! Many assume the battle was only Scottish Highlanders vs. the British. However, the Battle at Culloden was actually a Civil War with soldiers from Scotland, Ireland, Wales, France, and even English, fighting for freedom from England.

The day we visited was the one time the Scottish rain got the better of us. We spent most of our time touring the extensive visitor’s center and took a brief excursion on the battlefield. 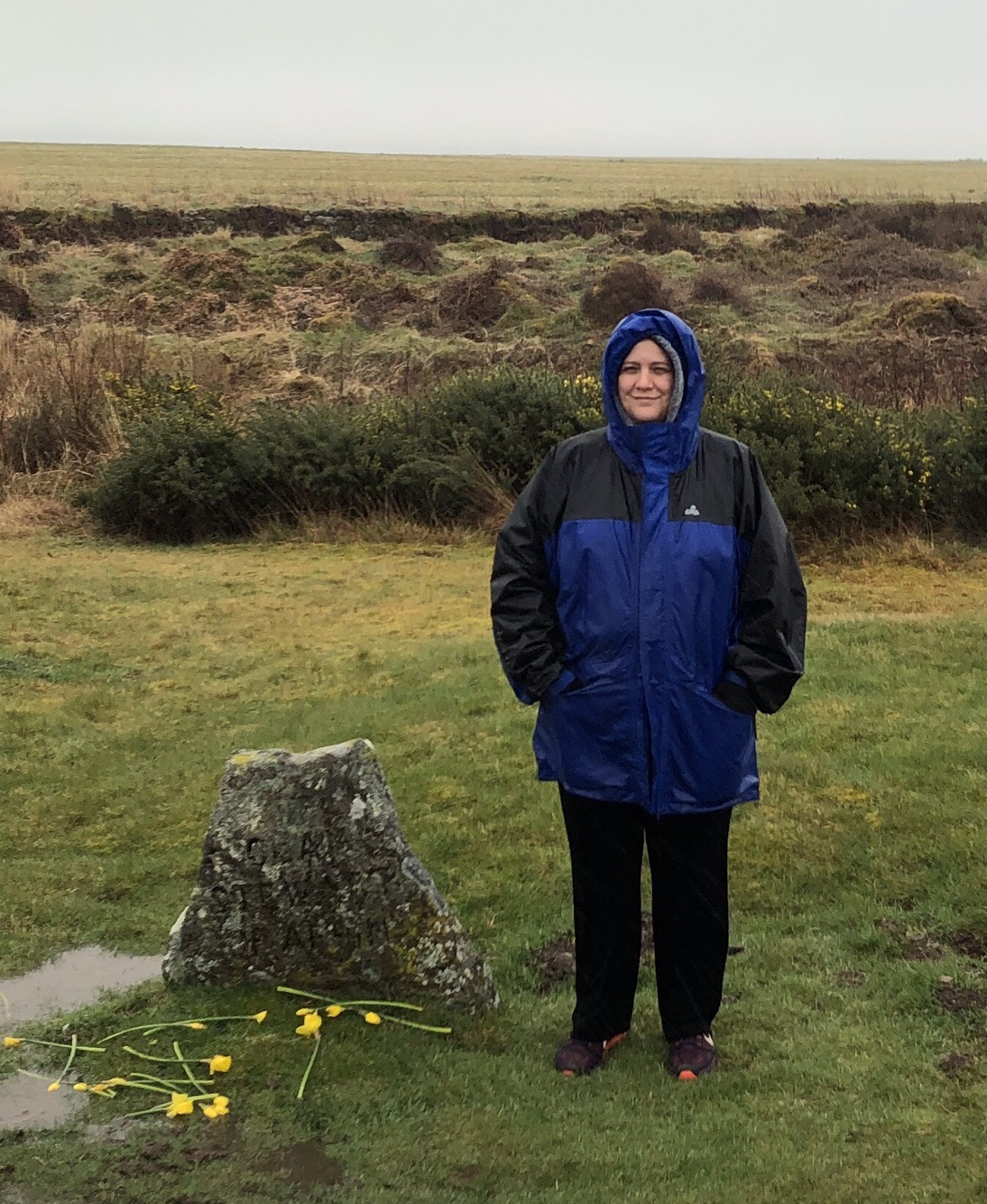 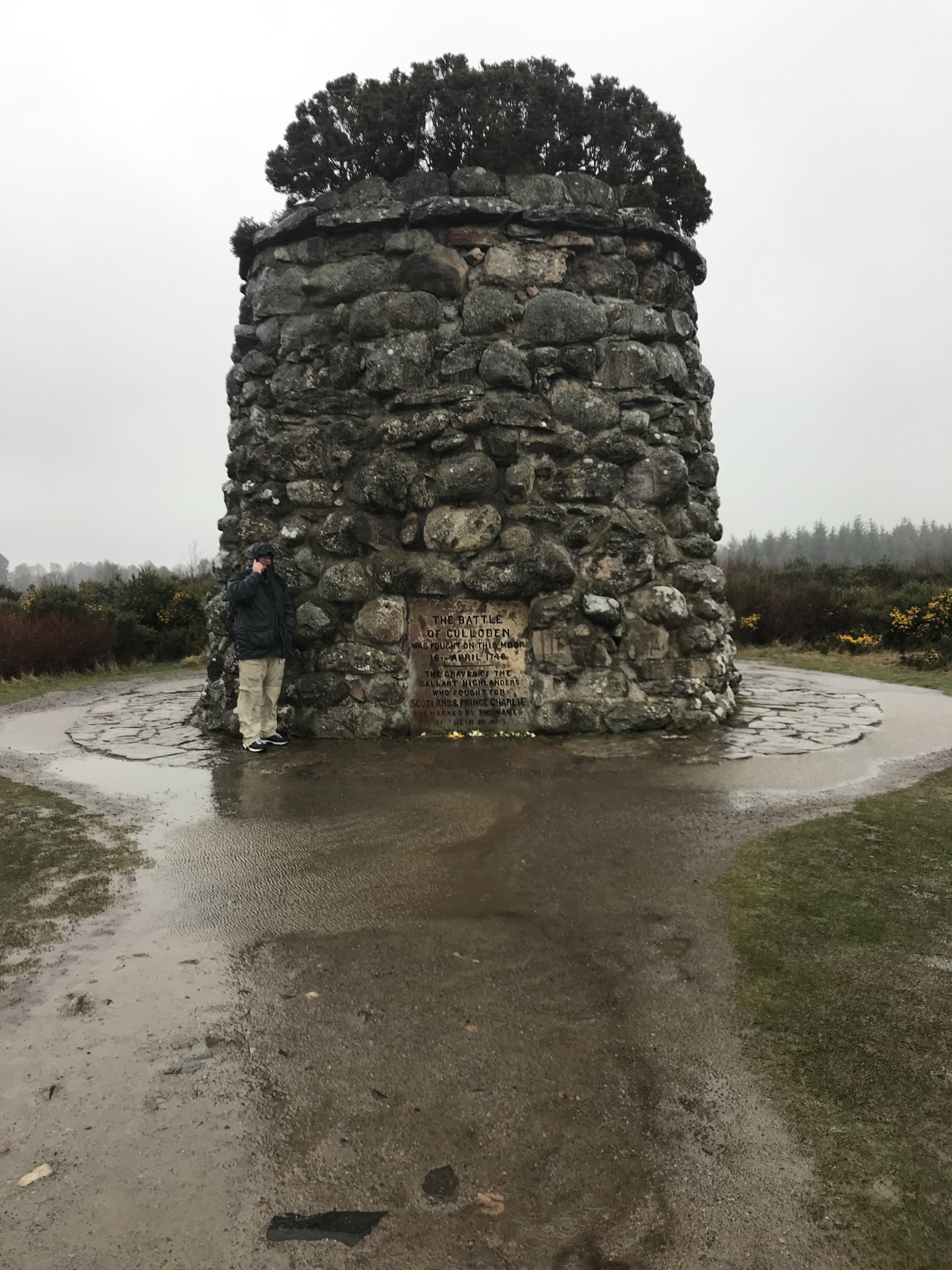 After warming up, drying off, and enjoying a wee dram at Leanach Farms, a working sheep farm and B&B, I gave a welcome home concert for the father of our host (He had just come home after a lengthy stay in the hospital).

Finally, we explored Clava Cairn, a short distance from the B&B. Clava Cairn is a series of Bronze Age stone circles with entrances pointing toward the south west. I was amazed how peaceful the stones were! We spent quite some time slowly wandering the grounds. The location would be ideal to meditate, write, or spend time in deep thought. 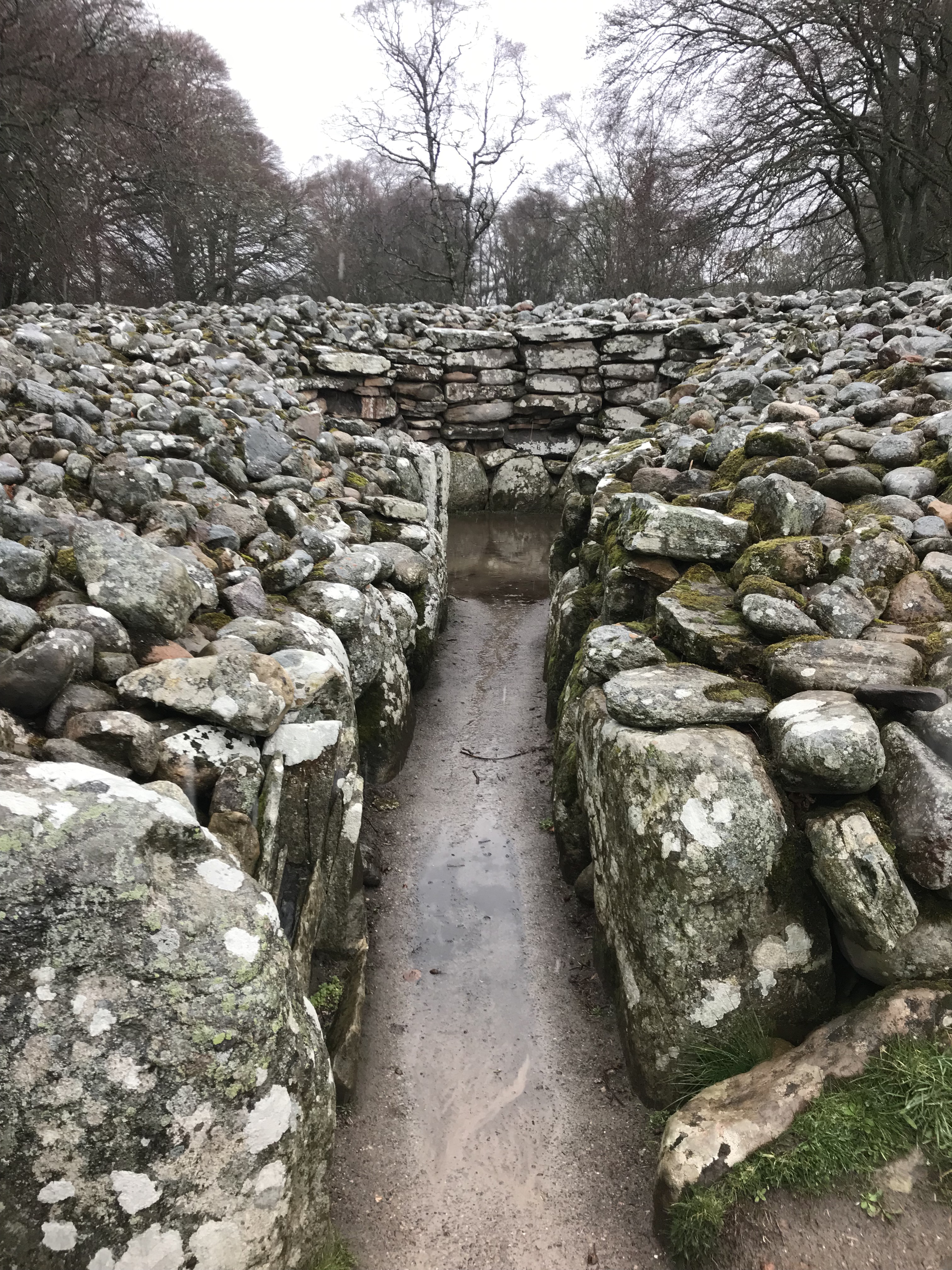 Next month, please come back and read about our time on the Isle of Skye.